Rod Laver Arena is an iconic centerpiece of the Australian Open and plays host to a wide range of sports and entertainment events.

The previous system on the Rod Laver arena rooftop was a catenary. Due to an outdated design, the rooftop of Rod Laver arena took 28 minutes to close. This put a massive delay on tennis games and other entertainment events when the roof needed to be closed quickly due to rain. 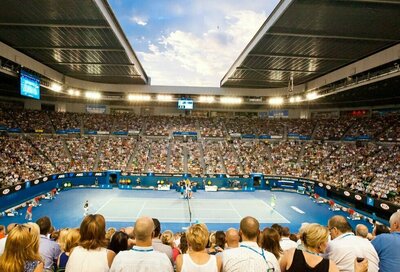 With the new roof that includes the Tsubaki Kabelschlepp S0650 steel cable chain, the arena rooftop now closes in under 5 minutes compared to 28 minutes, which is an incredible result! This 80% reduction in close time makes a huge difference for spectators and performers in the arena.

Get in touch with our sales team today to see how we can help your business thrive with the Tsubaki advantage!